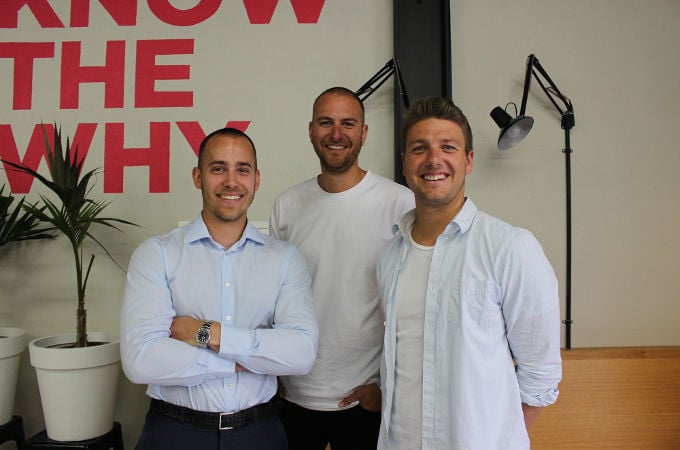 A world first, locally designed app is set to help Kiwi’s accurately simulate the serve of a tennis pro - by using their smartphone in place of a racket.


The app works by measuring the speed, angle and power of the user’s serve and comparing it to the technical proficiency of a professional tennis player.


Strategy director for BKA Interactive Nick Piper says existing gaming apps are usually more sedentary in nature, requiring only subtle hand movements to play but there is a growing trend internationally towards using these devices to get people off the couch.
Piper says the development of the app has been made possible with the rapid evolution of motion capture technology in recent years.


“CGI technology has advanced significantly since the days of Lord of the Rings’ Gollum. What used to cost millions of dollars and required cameras and computers to film can now be captured using smartphones.


It has allowed us to efficiently record and analyse the serves of a number of Kiwi tennis pros and use this data as a benchmark for our game users.


We have been able to use some of the existing smartphone features which have been traditionally used to track much more subtle movement of the device - such as from the change from portrait to landscape.


The result is a far more physically engaging app than what is currently available in the market and we believe it is the first time this technology has been used in a tennis simulation app."


Piper says the app uses the smartphone’s gyroscope to calculate the wrist angle, its motion sensor to determine the arc of the serve and the accelerometer to measure the speed of the serve.


A form of mathematics called Dynamic Time Warping which is commonly used in speech recognition and gait analysis, forms part of a complex algorithm used to compare the user to that of a tennis professional.


Jaguar’s New Zealand general manager Steve Kenchington who funded the app’s development, says the aim was to introduce technology which provided Kiwis with a way to get behind the upcoming ASB Classic.


“Jaguar has had a long association with premium tennis events around the world and this year for the first time we will be partnering with the ASB Classic. For those that can master the Ace Pace app, we will be providing free tickets to the Auckland event this summer and even flying two people to Wimbledon”, he says.


Kenchington says the I‑PACE, Jaguar’s highly anticipated, new EV will also be on display for the first time at the ASB Classic which runs from December 31 - January 12, 2019.