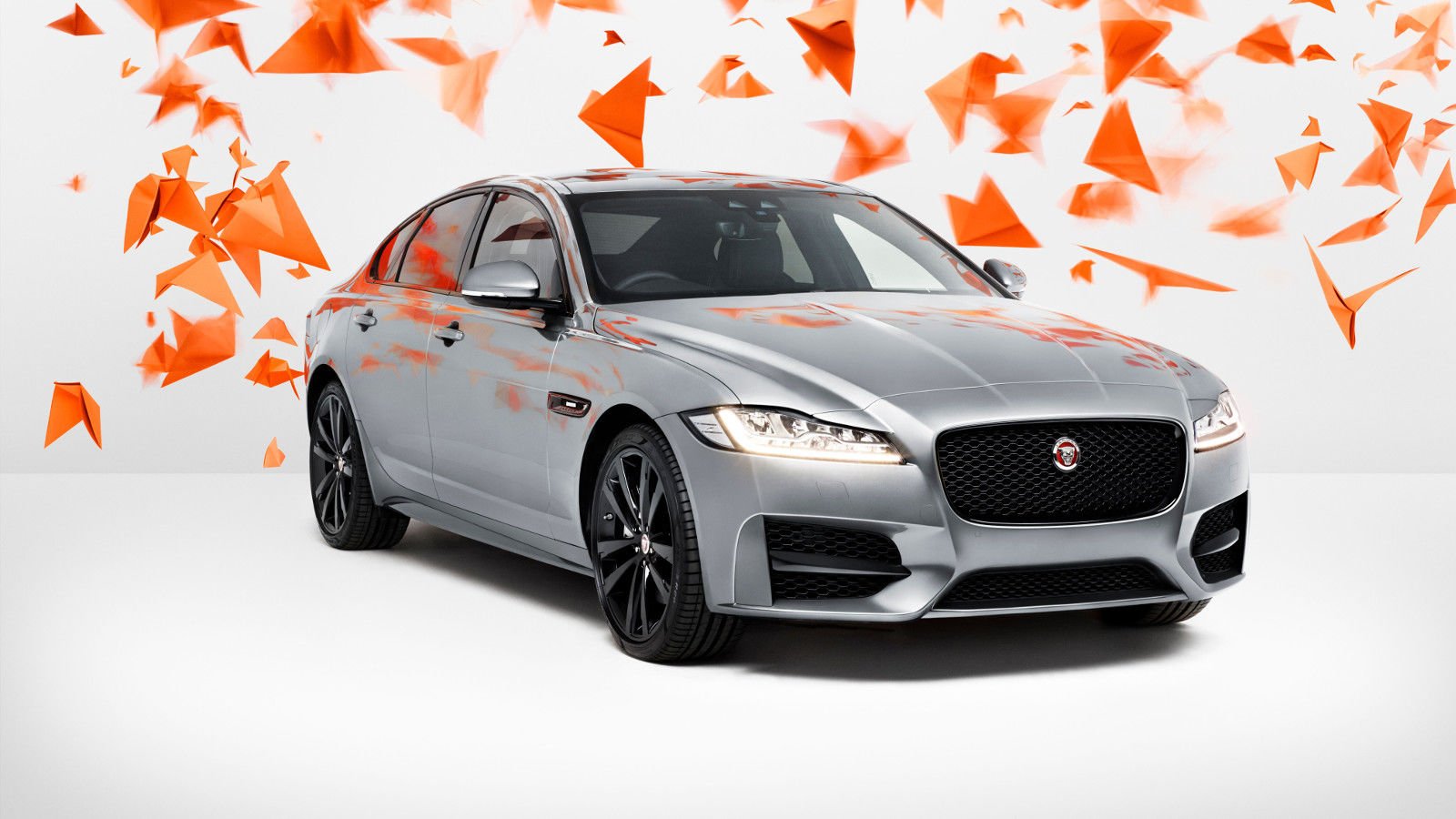 Tuesday 8 October 2019, Whitley, UK – Today, Jaguar is proud to reveal the first in a series of exquisite photographs created by the iconic British fashion and style photographer, Rankin.

‛Rooms by Rankin’ is a special collaboration between Jaguar and Rankin to celebrate the design excellence and unparalleled performance of three key Jaguar sports saloons – XF, XE and the legendary Mk 2.

To create a sense of originality and visual dynamism, Rankin designed and built three bespoke studio rooms, each dressed to reflect the unique character of the car.

“With our passion to create innovative, stand-out designs and Rankin’s reputation for fearless creativity, this collaboration makes perfect sense. We asked Rankin to push the boundaries and create a series of images that makes the cars really stand out.”

The second photograph is ‘Moving in the Mist’, featuring the Jaguar XE. Using layers of translucent sheets suspended from specially constructed rigging, aided by several wind machines to create a controlled air flow, the finished picture echoes the flowing form and natural elegance of the XE. This image will be released on 15 October 2019.

Finally, the third artwork is ‘Period Drama’ – a nostalgic picture to celebrate the 60th anniversary of the Jaguar Mk 2. This will be released on 21 October.

Rankin said: “It’s not often a global automotive brand presents you with an open brief, but that’s exactly what happened this time. They wanted three entertaining and eye-catching photographs to celebrate the core characteristics of each model. And that was it. What a dream brief.”

He continued: “The idea behind the ‘Rooms’ concept was to create a backdrop for each model – a bespoke visual tapestry that is fun and will make people smile. To me that’s what makes all Jaguar cars different and desirable, so I hope we’ve managed to achieve that.”

Jaguar’s heritage of elegant design and breathtaking performance has excited and delighted the world for over 80 years. Today’s world-class Jaguar family comprises the award-winning XE, XF and XJ saloons, the dramatic F‑TYPE sports car, the F‑PACE performance SUV – the fastest-selling Jaguar ever – the E‑PACE compact performance SUV and I‑PACE, the all-electric performance SUV and 2019 World Car of the Year that puts Jaguar at the forefront of the electric vehicle revolution.

Rankin is a British photographer, publisher and film director. He studied at the London College of Printing and, there, he met fellow student Jefferson Hack and together they launched the iconic pop culture magazine, Dazed and Confused. Rankin is now considered one of the world’s leading photographers with a style every bit as daring as the content of that magazine. His portfolio is packed full of famous names, including Tony Blair, the Spice Girls, Madonna, Kate Moss, HM The Queen, the Rolling Stones and David Bowie.

For more information visit www.media.jaguar.com
BACK
KEEP ME INFORMED
Sign up for all of the latest Jaguar news
CONTACT US
Contact us for Jaguar customer help or general enquires
BOOK A TEST DRIVE
Arrange a test drive through your local Jaguar Retailer
FIND A RETAILER
Search for a Jaguar Retailer near you